Bob Stupak, the owner of the Stratosphere Hotel and Casino, had quite a few famous friends. Here he can be seen with the comedian George Burns, one of the few entertainers who had a career that spanned all the way from vaudeville to television, during a visit in the 1980s. Burns even won an Academy Award for Best Supporting Actor for his role in the 1975 film The Sunshine Boys. Courtesy of Steve Miller. 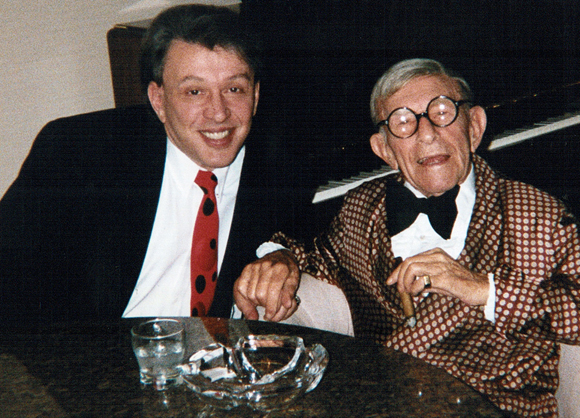