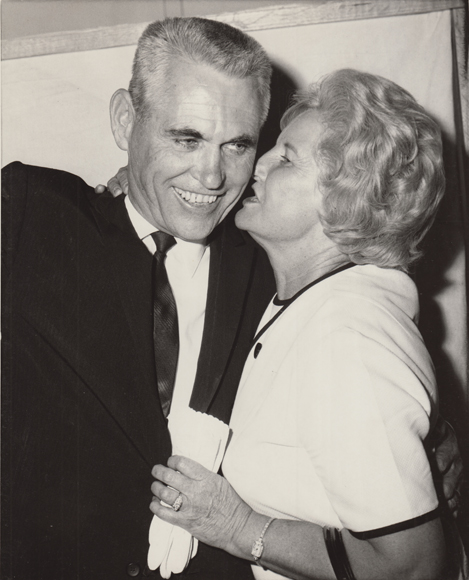 Oran Gragson road the rails from Oklahoma during the depression to work on the dam. His wife Bonnie, also pictured, had no interest in Las Vegas, but Gragson coaxed her to stay. He built up a furniture store on Main St. from 1939 to 1959, but when the police force began robbing the store using a duplicate key, he made a run for mayor. He served from 1960 to 1976, the longest term ever for a Las Vegas mayor, and ushered in great civil rights reforms for the town, and presided over Las Vegas when casinos began to be owned by corporations and the mob influenced waned. Photo courtesy of Bo Boisvert.