Bruno Bernard (aka Bernard of Hollywood) shoots twins on a sled on Mt. Charleston. Bernard had a doctorate in philosophy from Keil University in Berlin, but fled there in 1937 since his name as on a Nazi hit list for being the secretary of a Jewish youth organization. Once stateside, his skills in photography increased after he worked with pinup artist Alberto Vargas. Bernard adopted the same artistic techniques, only to photos. He fought obscenity charges for his work which often bordered in soft pornography. He had a local office here in Las Vegas and took thousands of celebrity shots here over the years. Courtesy of Frank Valeri 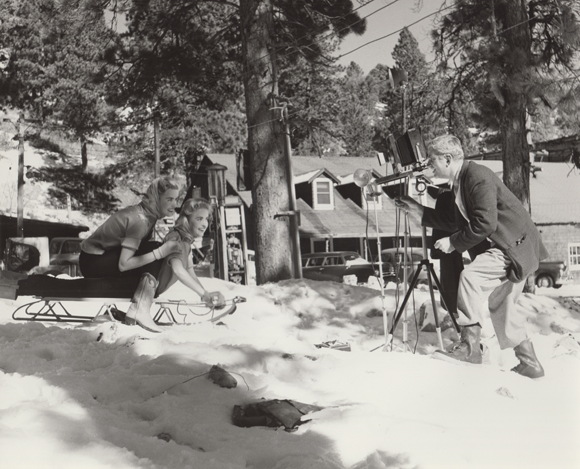