Frank Sinatra wed Mia Farrow after they met on the set of Sinatra’s film, Von Ryan’s Express. Sinatra had asked Farrow to give up acting and be by his side as he made films and traveled. Although she agreed to this initially, it didn’t work long term. Married July 19, 1966 at Jack Entratter’s home, and Frank served Mia with divorce papers in November of 1967 as she was filming ‘Rosemary’s Baby.’ Photo courtesy of Bo Boisvert. 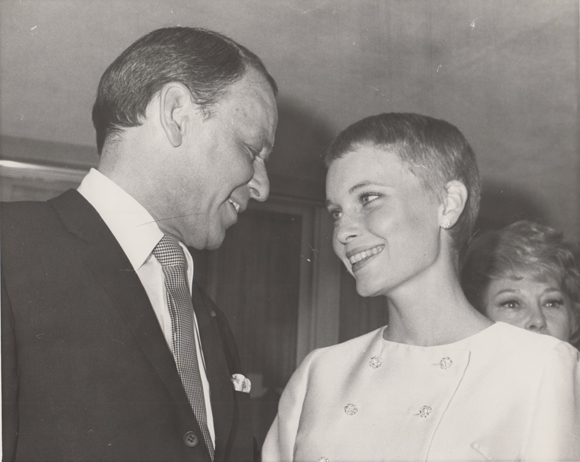